Our Opinion on Women's Lacrosse Helmets

One of the biggest topics in women’s lacrosse is the introduction of legislation requiring helmets that offer more protection than the currently-required goggles. Players, coaches, administrators, and parents have become more aware of the potential for head injuries as well as the resulting liability.

Everyone involved wants the same thing—to keep the athletes safe. Many theories exist on the best way to keep players safe and they often diverge on the issue of whether or not to legislate women's lacrosse helmets. As the game exists today, there are tightly enforced rules in place designed to keep players safe. Many people have weighed in on whether additional rules and their enforcement are enough to keep kids safe. 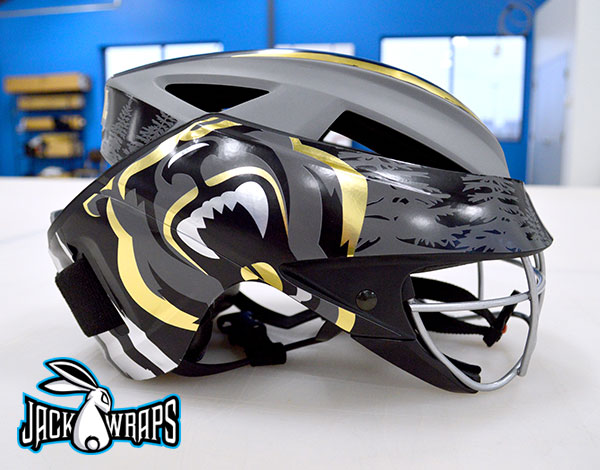 A Summary of the Case for Requiring Helmets

Helmets are a required piece of equipment for competitors in the vast majority of contact sports. Women’s lacrosse is not a contact sport by design, but head injuries can occur from high-speed collisions, errant throws, hustle plays around the net, ground balls, an un-controlled stick, or by freak accident. Protective helmets could be added to the game without any on-the-field changes needed. Adding a helmet would keep players safer, help protect organizations from a liability standpoint, and ease parent concerns.

There is no question that there can be a financial obstacle to obtaining protective headgear, but it doesn’t compare to the cost if an athlete were to sustain a major head injury. A transition period, like the one the state of Florida just went through would be warranted, but would ultimately be for the good of the game.

A Summary of the Case Against Requiring Helmets

Helmets are not the cure-all that people might imagine. No helmet, in any sport, prevents head injury 100% of the time, nor should it be expected to. Studies are being conducted to see if the addition of helmets might actually increase injuries rather than the opposite. More athlete protection could lead to more aggression in the sport as players might be more willing to put themselves or competitors into harm’s way. Lacrosse athletes are constantly getting bigger and faster. Helmets may not slow down athletes, but speed them up due to false confidence.

Unlike women’s lacrosse, men’s lacrosse players wear a variety of protective pads including shoulder pads in addition to helmets. If helmets are added to women’s lacrosse, would it increase the chance for injury of a non-protected part of the body such as a forearm or rib? Giving players battering rams with which to lead could have the direct opposite effect intended.

Finally, requiring athletes to invest an additional $150+ into an already expensive sport is a big ask. Currently, high school football helmets have to be refurbished each season to be compliant. Is this requirement going to come to women’s lacrosse to which would further increase the cost? Adding financial barriers to entry for new families is a concern. If women’s lacrosse is to grow and thrive, it is necessary to reduce, rather than increase these barriers.

Our Take on It

When debating this topic, aggressive varsity-level high school teams often come to mind. In reality, most women’s lacrosse players are in the 8 – 15 age range. This is the age group that proper coaching and teaching is most critical. These are the ages where excessive aggressiveness and violence needs to be eliminated. We support the theory that each player should have equipment that protects the individual, along with proper technique and enforcement to protect others.

We feel strongly that more protection for the athletes is a good thing, especially when talking about the heads and brains of children. The rules are in place to protect the athletes, but no game is completed without penalties or unexpected collisions. The helmet is there to protect individuals from the unexpected.

We have seen tremendous change in helmets in football. Helmets were not worn in the early days. Years later players starting using leather helmets to protect themselves better from injury. Today’s football helmets use state-of-the-art technology and materials to protect the individual.

The headlines today about head and brain injuries in football are not because of the equipment worn, but rather poor technique taught for years (lead with your head), poor athlete protection rules (long over-due targeting penalties and ejections), and poor injury diagnosis. With proper coaching, rule enforcement, and injury awareness, we feel helmets improve player safety which improves the game.